Play With an Edge and Never Lose an Edge

Change Your Steel In Seconds

The technology from Bauer Hockey allows players to swap out their steel blades in a matter of seconds for a fresh new set of skate blades. Today when players lose an edge or have a blade crack, they have limited options of how to fix their skate. Meanwhile they’re losing valuable time on the ice that could impact their team’s outcome in the hockey game. Bauer Hockey has created a quick, easy, and effective solution so that a broken or dull skate blade won’t cost your team 2 valuable points – and you will never miss a shift again. Similar to how players bring extra sticks to a game in case one breaks, players can now carry a back-up set of steel in their bag.

The Bauer Tuuk Lightspeed Edge holder features a quick trigger release that allows players to change their steel with ease. Using the LS Edge tool, players can pop out a broken or dull blade in seconds without missing a beat on the ice. The holder has been raised an extra 3mm for a tighter turning radius and angle of attack. Get pucks faster in tighter areas with a turning radius that has been shortened by 7%. A light-weight aluminum blade, 27% lighter than standard steel, will give players the edge they need to out race opponents on the ice. It also gives players the ability to cut lower, sharper, and tighter without bottoming out. All Bauer TUUK holders will fit to any Bauer skate boot.

Have Blades For Any Condition

The blades can be sharpened to a player’s individual preference and having 2 sets of blades with different cuts can accommodate variances in ice surfaces in different rinks. Another great feature for travel players is they have the ability to have a spare blade sharpened by their regular Source For Sports hockey professional for consistency (or whoever else you prefer sharpening your skates); having to rely on an unfamiliar skate sharpener may lead to the blade being over/under sharpened causing reduced performance on the ice. An additional skate blade runner travel case can be purchased to protect the blades in your hockey bag.

NHL star Alexander Ovechkin was one of the first to try the new blade and runner and was very impressed by the new technology, “Working with Bauer is great and the new LS Edge feature is another good reason why I chose to wear their equipment. The new blade helps me keep an edge on the ice when I play.”

Source For Sports. We know our stuff. 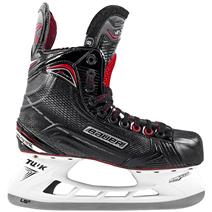 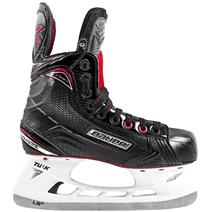 Author
5.0/5 based on 2 Reviews
Continue to My Wishlist 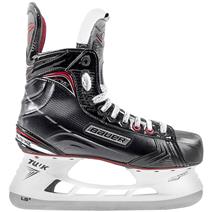 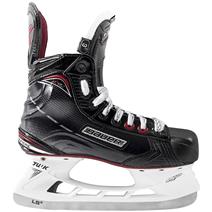 Author
4.5/5 based on 17 Reviews
Continue to My Wishlist
previous Next

Based off the CCM Ribcor 66K skates, our Source Exclusive Ribcor Titanium hockey skates are improved with features from the highly regarded Ribcor 70K skates.

The new Bauer Supreme 1S hockey skates are designed for lightweight comfort and a custom fit.

EC3D, a Canadian manufacturing company based in Montréal, Québec, creates medical grade compression garments for athletes of every level.

We sat down with Connor Brown of the Toronto Maple Leafs to learn about his journey from beginner to pro.

Learn how we can help you find the right hockey stick length, flex, curve, and lie for your game.

Author
5.0/5 based on 2 Reviews
Continue to My Wishlist

Author
4.5/5 based on 17 Reviews
Continue to My Wishlist