When your son or daughter plays goal, it can lead to different stressors as a parent.

Emotionally, nothing can describe that lump in the pit of your stomach as you watch your child get pulled from a game, knowing they will sit alone at the end of the bench with the dreadful feeling of having let the team down. I remember that feeling, both as a goalie and as a parent.

There is also the added financial stress for parents of young goalies. As we all know, good equipment is not cheap. But, there's something about hockey in Canada for young boys and girls that makes us think differently – maybe even irrationally. We love the sport, and, like most parents, we do everything we can to ensure that our children get to participate in the game to the best of our ability and resources.

One of my fondest memories as a parent came as we were driving back from my son’s hockey game. My Dad was in the car with me, and my son was sitting in the backseat. I asked my son if he had told his grandfather what his intentions were for next year’s hockey season. My son ecstatically told his grandfather that next year he was going to be the goalie. My father shared in the excitement of my son's news and reassured him of his great decision. The smile on my son's face was electric; he was beaming from ear-to- ear from the reassurance that only a grandfather could give to his grandson. My Dad and I bantered back and forth and shared stories of my early days as a goaltender, and I realized it was reminiscent of the way my father had reassured me throughout my goaltending years. 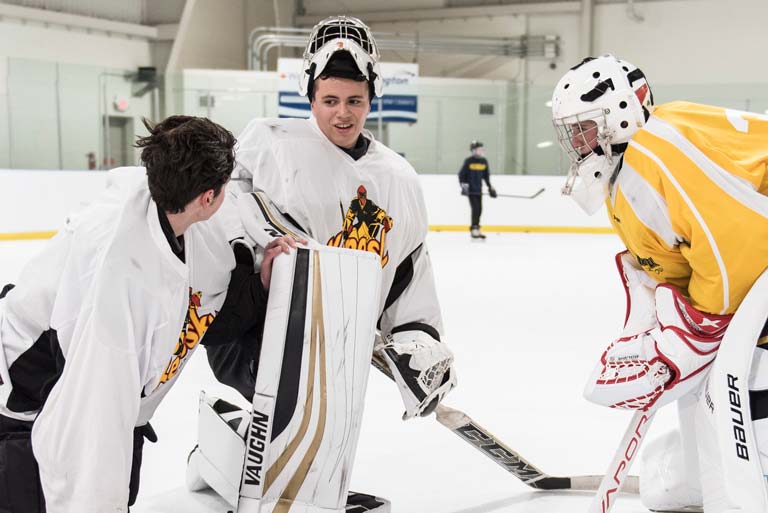 As my Dad and I chatted, he made sure that I understood and was prepared for the added expenses of being a goalie parent. His smug reminder about the cost of equipment as he relished in the 'what goes around comes around' adage trumped anything I could say next. It was a rite of passage when one parent finally gets payback with their own offspring and we were both laughing and enjoying the moment.

As we continued, I glanced at my son in the rear view mirror and couldn't help but notice that something was troubling him. He seemed to be processing something in our conversation. What did we say? Perhaps he was having second thoughts about his decision?

There was an awkward silence in the car, until, with the innocence of a child, my son broke the silence. "Dad, if it is going to be too expensive for me to play goal next year, I don't have to be the goalie." Moved by his empathy to recognize the situation, it reminded me of my own parents’ commitment. I was a little choked up. After all these years, I had never really acknowledged my parents’ financial and emotional pledge to keep me in the position I loved to play. Under very different economic circumstances, my parents had made the necessary decisions so I could pursue my passion of goaltending, which also allowed me to learn all the valuable life lessons that I continue to use to this day. And now it was my turn to do the same for my son. 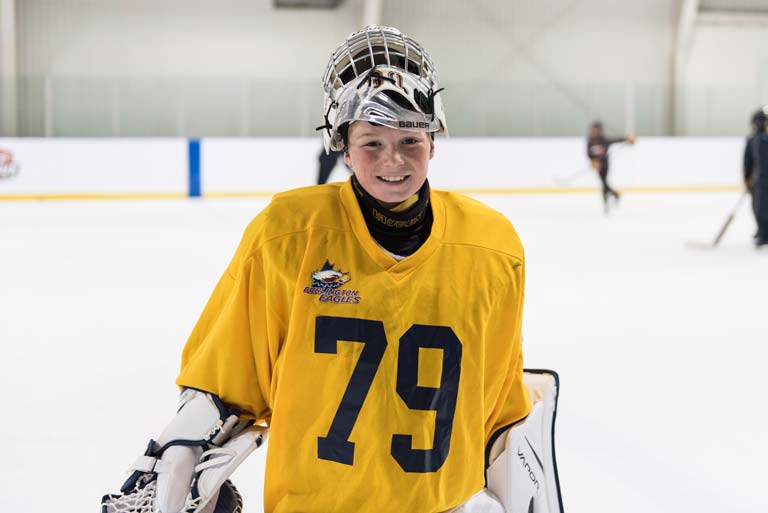 It was a perfect moment for me to express my gratitude. Because I found it harder to speak directly to my own father, I replied to my son with, "Not a problem. Not to worry and thanks for being so considerate. Your mom and I will do everything in our power to make sure you can be a goalie the same way my mother and father did for me." I was certain my Dad knew the comment was indirectly just as much for him as it was for my son as I continued to look straight ahead out the front windshield, unable to give him eye contact.

When I looked back into my rear view mirror again, I saw the ear-to-ear smile back on my son’s face, and watched as he gave a fist pump and whispered, “Yes” to himself.

It was a day I will never forget. 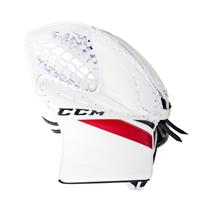 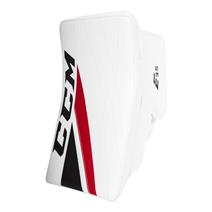 On Being a Goalie: Nothing Else Matters

Living in the moment and letting go of all the variables that you have no control over parallels sport, especially goaltending.

The Anatomy of a Hockey Skate

Learn about the Anatomy of a Hockey Skate and why each item plays an integral role in your stride on the ice.

The Super Sport Hockey Program has awarded more than 250,000 awards to young hockey players across Canada.

How to Ensure Your Child's Helmet is Safe

The biggest concern among parents is making sure their kids hockey helmets fit properly. Here's how to check.

Learn how we can help you find the right hockey stick length, flex, curve, and lie for your game.